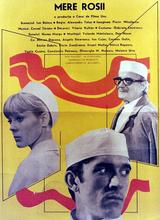 BD高清
演员： 米尔卡·迪亚科努 Ion Cojar
类型： 剧情片 地区： 未知 语言： 未知  导演： Alexandru Tatos  上映日期： 1976
剧情介绍： The main character, a young surgeon (avid consumer of red apples), excellent professional, inflexible with respect for moral norms, are in a constant struggle with indifference and ignorance of his fellow men, with their littleness of soul, the director of the hospital obtuseness and careerism.Red Apples exactly expresses the conflict between talent, professional dedication, respect the Hippocratic Oath, the protagonist came face to face with mediocrity, sufficiency and careerism of brothers who, at any cost, want to move into professional and social ladder. Rise young doctor Mitica Herod assigned to a provincial hospital, the doctor makes Mitroi prototype capped professional character, to see jeopardized the director of the hospital. Mitica (enthusiastic, charismatic and convincing in the role of actor Mircea Diaconu) makes no compromises in relation to his superior, which always reminds him of his mission, the function they represent. Ignore the so-called "social conveniences" and not compromising in addressing hospital and patients. Well-meaning and lucid, ready for personal sacrifices, he believes that the world has only one real enemy: death, which, unfortunately, it always fails defeat."I was preoccupied, primarily, grammatical problems of the profession. It is true, perhaps the film has a kind of enthusiasm that I have not found then. I wanted to be a human story and I think it came out as such. and that is true not consider it a merit, but a prerequisite. I never wanted to do "red Apples" true or less true. I did as I felt. "Alexander Tatos
说明：为发烧友提供免费高清mp4迅雷下载，顶级画质，文件较大